We plant a tree with every item ordered

Bamboo is an increasingly well-known phenomenon. It is used in clothing, furniture, bath products and much more! So besides being used more and more, it's also super interesting!

In this blog we will tell you the 10 funniest facts about Bamboo. Curious about what there is to discover about bamboo? Read on and discover the magic of bamboo!

In trees you find the meristem cells and a vascular cambium layer. In bamboo you cannot find this. Trees grow throughout their lives, both in thickness and in height. The meristem cells ensure that the tree grows in length each year and the vascular layer makes the tree wider each year.

Bamboo cannot grow wider anyway, but it can grow in length, but only for a short period of time. Because of this, bamboo is not a tree species but a plant species. 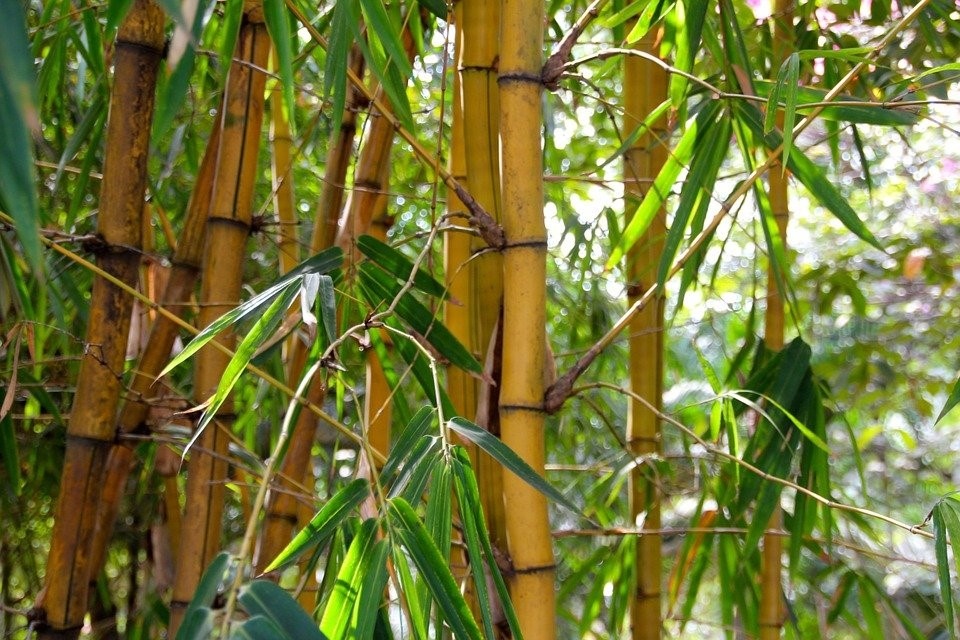 2. How is 'Bamboo' actually called 'Bamboo'?

Some people claim that the name 'Bamboo' comes from the sound that this plant species makes when it is on the stake. When bamboo is heated, the hot air in its hollow internodal chambers expands. This creates a kind of popping effect: bam-boem.

Others claim the word originated in Malaysia, where the material was called "Mambu. Then in the 16th century, the Dutch changed it to 'Bamboes' and it has since become 'Bamboo'.

Exactly what the story is remains unclear for a while, but both are still interesting explanations for the name 'Bamboo'.

3. How many species of Bamboo exist?

Do not be alarmed, there are 1575(!) species of bamboo known. Within these 1575 species, 111 different genera can be found and the numbers vary in woody and herbaceous species.

The difference between herbaceous and woody bamboo, is that herbaceous bamboo resembles grass and the woody species are often somewhat broader and taller, and resemble trees.

That there are so many different species of bamboo may sound strange, but that is because only 100 species are used for commercial purposes. A few of the bamboo species are still used as ornamental bamboos, but the majority of 1575 species remain unused. 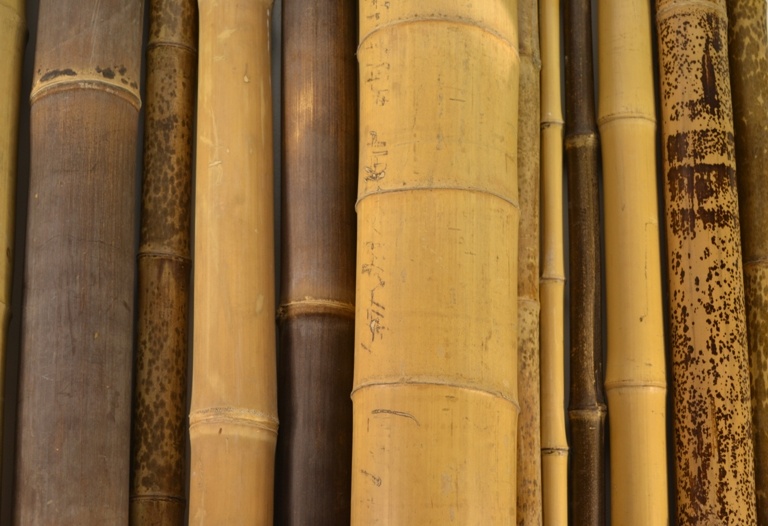 4. Where can you find these bamboo plants?

People in the Benelux, we must unfortunately disappoint, because bamboo does not grow in Europe. Otherwise, bamboo grows on every continent (except Antarctica). Bamboo is mainly found in tropical and subtropical areas.

In addition, bamboo is a tremendously resilient vegetation. In fact, bamboo can easily withstand temperatures of -20°C and extreme drought or humidity. This allows it to grow well in many different areas.

5. Will bamboo grow as tall as a house?

6. The speed at which bamboo grows

Again, the growth rate varies from one bamboo species to another. Some grow 5 centimeters per day and others 20 centimeters. Within these limits, bamboo plants normally grow.

However, at some point bamboo stops growing, this is often after one year at most.

There is a Guinness World Record of a bamboo plant growing 91 centimeters in one day. This is just an exception to the rule. Only with very nutrient-rich soil and the right humidity and heat can the process be accelerated. 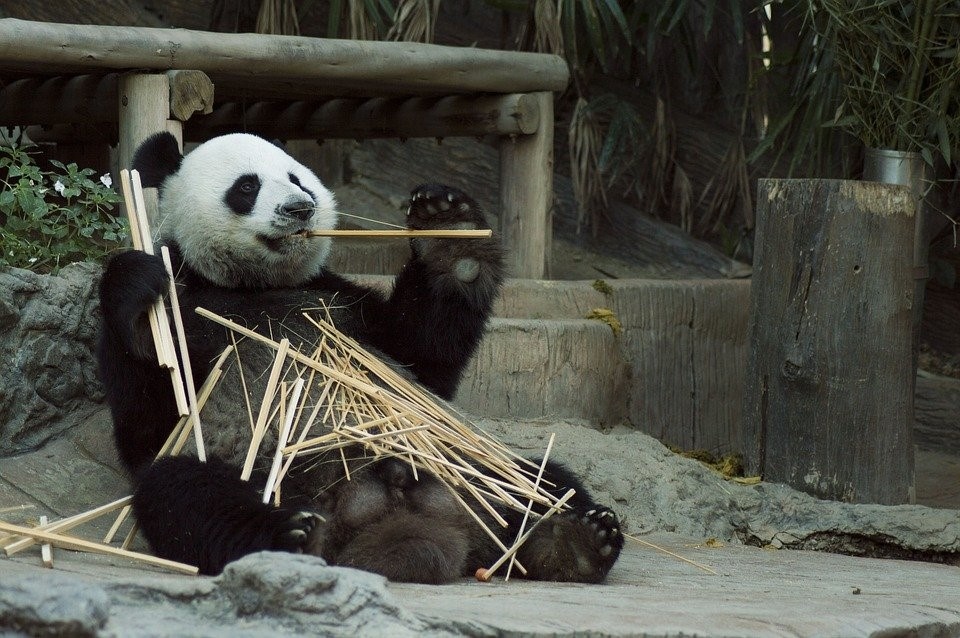 7. The strength of Bamboo

Bamboo is a very strong material. The plant is very flexible and can take a beating. This was demonstrated during the bombing of Hiroshima. Everything was burned down and destroyed except for a forest of bamboo plants.

These were still standing after the atomic bomb. This shows that bamboo is very powerful and strong. Bamboo springs and bends on impact, but does not break.

Perhaps one of the most interesting facts about bamboo is the fact that it can conduct electricity. This was tested and recorded by Thomas Edison (discoverer of the light bulb) himself. His team discovered that carbonized bamboo could conduct electricity and that the bamboo wire could last up to 1200 hours.

From then on, Thomas Edison decided to use bamboo in his lamps. After trying many other materials, bamboo came out on top.

It was later found out that bamboo possesses thin nanotubes that can conduct electricity and thus make electricity possible.

One of the best climate savers: Bamboo. Why? Because bamboo absorbs more than 5 times as much CO2 from the air as a tree. This means that bamboo ensures that the greenhouse effect is greatly reduced.

Instead of planting a whole forest of trees, bamboo plants work 5x as effectively! 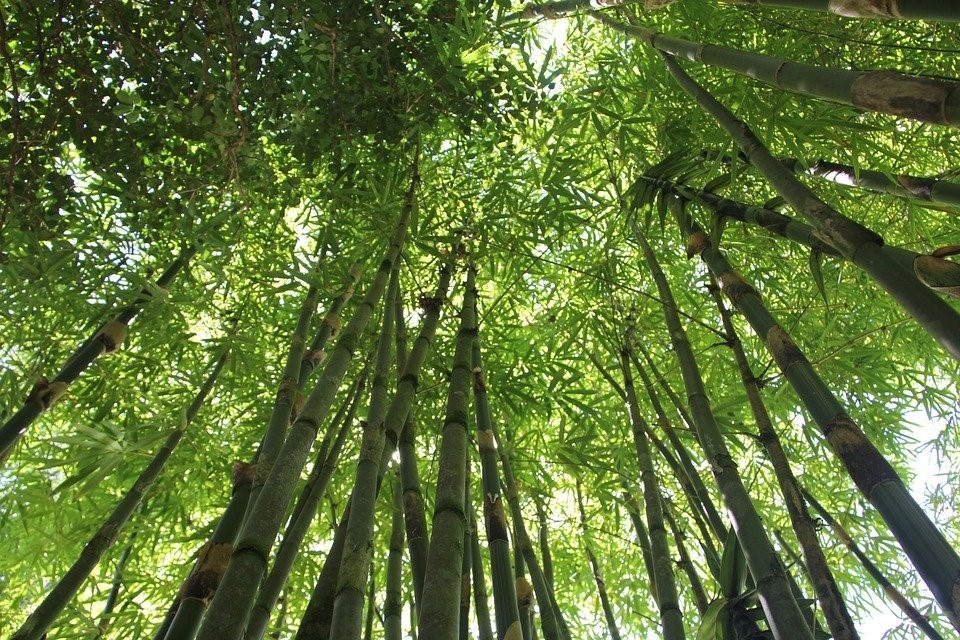 10. Lucky bamboo, does it really exist?

If you thought you had seen it all with bamboo, there is always the lucky bamboo. This bamboo is also known as the Lucky Bamboo. The real name of this species is Dracaena braunii.

The only thing wrong with this story is the fact that the Dracaena braunii is not a bamboo at all. This is because the plant does not fall within the taxonomic rank of bamboo (kinship/trunk).

Other than that, it has never really been proven that the plant gives good luck, but many people believe in it. Perhaps that is also the power of 'Lucky Bamboo'.

Besides all these fun facts about bamboo, there is also plenty of what can be made with bamboo. With bamboo you can make most fun things. On our website you can see what all can be made of bamboo.

Are you curious about the articles? Look at our website Koning Bamboe!

You can compare a maximum of 3 products